Uddrag
At a time when the giraffe population is plummeting in the wild, the sale of products made with giraffe skin and bone is booming.

According to a report to be released Thursday by Humane Society of the United States and its international affiliate, more than 40,000 giraffe parts were imported to the United States from 2006 to 2015 to be made into expensive pillows, boots, knife handles, bible covers and other trinkets.

The sale of these products is legal, but the organization argues that restrictions are needed. Along with other advocacy groups, it has petitioned the United States Fish and Wildlife Service to provide that protection by listing giraffes as an endangered species.

They are issuing the report now “to ramp up the pressure and show the public the true nature of the giraffe trade in the U.S.

and show the administration that the public loves giraffes and really wants their government to take action to protect this animal,” said Adam Peyman, manager of wildlife programs and operations for the Humane Society International.

As consumer demand for fashion and clothing increases, so does the need for action on climate change. Fast fashion is one of the world’s most polluting industries.

For companies in fast fashion, it is about convincing consumers to buy clothes they do not need . To save our environment the fashion industry must change.

Fast fashion is one of the biggest industries in the world. Globally the industry brings in 1.2 trillion dollars each year. 250 billion dollars come from the US alone. 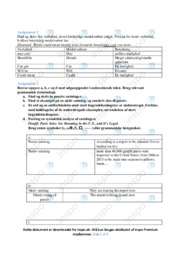